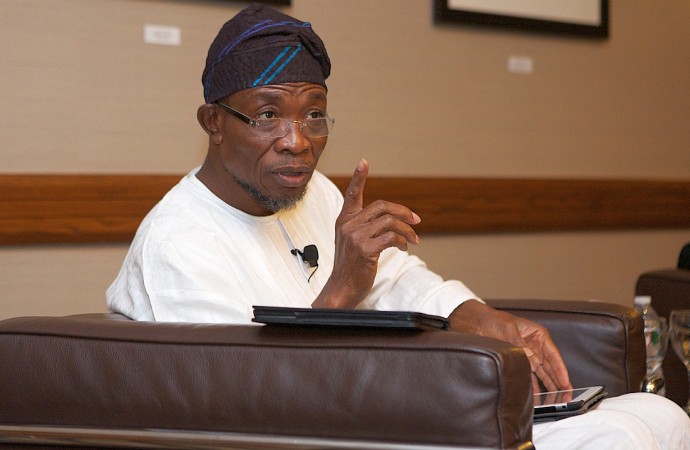 In order to have an efficient and most reliable intelligence gathering system which will provide timely plus credible information about the planned activities of criminals in Nigeria, the new interior minister, Ogbeni Rauf Aregbesola has said his ministry would set up an early warning-alarm system in all the six geopolitical zones in the country.

The newly sworn-in minister of interior disclosed this on Thursday while paying familiarization visits to two of the parastatals under his Ministry, the Nigeria Security, and Civil Defence Corps, NSCDC and Nigeria Immigration Service, NIS.

In his words, the minister said, “as a result of our commitment to a proactive security agenda for the country, we are going to set up an early warning-alarm system in all the geopolitical zones, in other to nib in the bud any security breach before it happens”.

He also unveiled the theme of his agenda for the ministry which he titled, SET – Security, Economy, and Transparency. He described SET as the new narrative that is set to drive the security agenda for the country, and the Ministry of Interior is the first line of action would lead the charge.

Aregbesola reinstated the sanctity of governance as the guarantee of security and safety of the entire Nigerian people. He expressed his readiness to contribute his own ideas to improve the internal security of the country with collaboration and cooperation of the security agencies in intelligence gathering.

Earlier, the Permanent Secretary in the Ministry, Barr. Georgina Ekeoma Ehuriah, MON, said, given the achievements recorded as the Governor in the State of Osun, she had no doubt that the Minister would make remarkable impacts in the Ministry in order to curb insecurity in Nigeria.