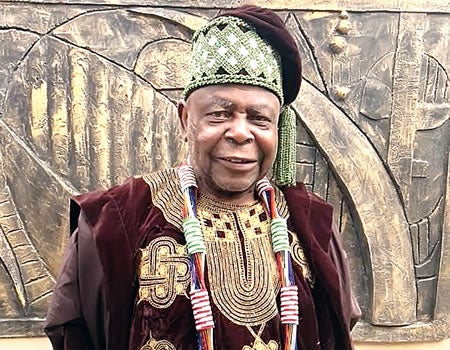 Elebuibon, during the inauguration of Ikin Tukun Comprehensive High School, Oke Baale, Osogbo, said the rising immorality in society might be difficult to curb until pupils were exposed to the right values at primary and secondary education schools.

He said the new school would teach Yoruba traditional beliefs and expose pupils to values of hard work, truthfulness and perseverance.

Elebuibon also urged the state governments in the six southwest states to prioritise the teaching of Yoruba language in primary and secondary schools in the region.

He added that curriculum with emphasis on Ifa traditional beliefs and history as parts of means to addressing degenerating values among youths in the region.

“The school is a donation to mark the 10th anniversary of my installation as Araba Awo of Osogbo. The school will teach Ifa traditional beliefs and history alongside western education as our contribution towards revamping of the Yoruba culture,” Elebuibon said.