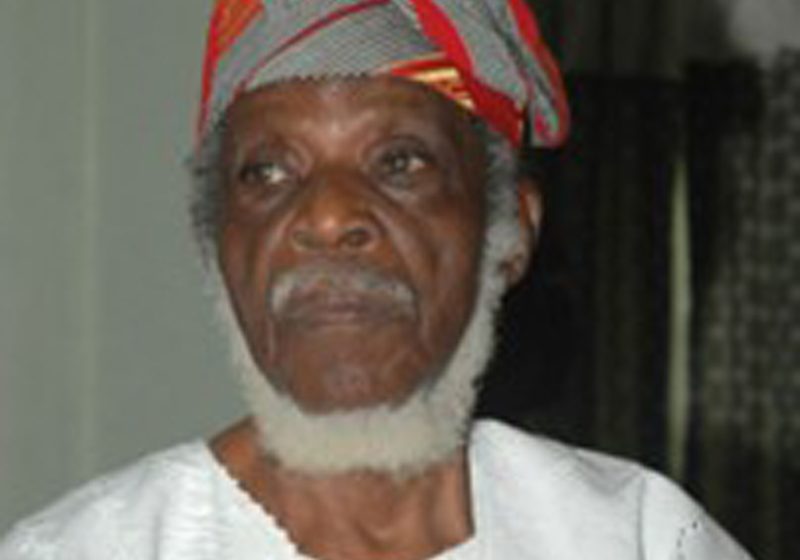 The State Government of Osun has announced the death of Elder Statesman, respected politician and national leader of the Afenifere Group, Pa. Ayorinde Fasanmi, who passed on at the ripe old age of 94.

His passage was confirmed by his first son, Hon. Justice Obafemi Fasanmi, on behalf of the family.

Pa. Fasanmi was an epitome of humility, selflessness and integrity.

He made enviable and remarkable contributions to his profession, to the socio-political development of Yorubaland, and to the nation at large.

He was National President of the Pharmaceutical Society of Nigeria in 1977, elected into the Senate in 1979, and became a member of the House of Representatives in 1983.

He also served with the National Constitutional Conference Commission in 1994, as a member.

According to a statement issued on behalf of the state government by the Commissioner for Information and Civic Orientation, Funke Egbemode, Pa Fasanmi was an icon who left indelible footprints in the sands of time.

‘ Baba Fasanmi was a leader who demonstrated his love for our great country in many laudable ways; but more heart-warming was how he showed optimal concern for the welfare of the poor and underprivileged, and how he held leaders accountable on their promises of good governance.

‘We also recognise how much Osogbo, and Osun State as a whole meant to Pa. Fasanmi, who was transferred to Osogbo as a Pharmacist in 1951, and he chose to live here till he took his last breath.

His Alekuwodo residence became a make-shift Secretariat for a number of causes and movements of national relevance.

‘The State Government of Osun appreciates all he accomplished in his lifetime, especially as a pivotal force in the socio-cultural and political bolstering of the Yoruba.’

The State Government prayed that God would comfort the family at this time.

Funeral arrangement will be announced by the family.