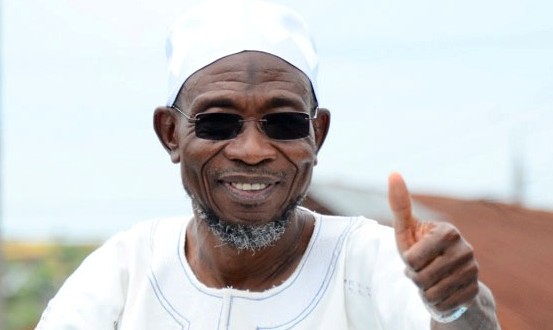 Celebrated English playwright, William Shakespeare once declared ‘’All the world is a stage, and all men and women merely players. They have their exits and their entrances, and one man in his time plays many times.’’

This is truly apt of Ogbeni Rauf Aregbesola, having been in the saddle for over seven years in Osun and having to relinquish power in line with the dictates of the law of the land come this November.

Osun shall be experiencing governorship election this year. There are deluge of aspirants from the two major political parties and others. Of course, the signs are visible on the political landscape while the informed electorate are understudying the political climate with rapt.

It is not unusual for an incumbent governor in the Nigerian polity to be deeply involved in who next flies the flag of the ruling party and indeed, who takes the baton from him. By Nigeria’s political configuration, it would look odd for an incumbent to be indifferent to who takes over from him most especially where the labour of the ending tenure should not be allowed to go in ruins.

The need for democratic consolidation often drives the incumbent towards ensuring that a worthy successor takes over so that all the democratic dividends being enjoyed by the citizens are not frittered away by a clueless successor. Definitely, Osun is in need of a worthy political successor to Governor Rauf Aregbesola simply on the basis of the need to consolidate on the gains of the eight years that will be ending in November this year.

Beyond personal adventurism of  the aspirants, the incumbent Aregbesola is duty bound to ensure the continued survival of the giant developmental strides recorded by his administration, hence the need to make input into the emergence process of the All Progressives Congress candidate in this forthcoming gubernatorial election. In the Yoruba proverbial saying, ‘’if a mad man is allowed to bury his mother, he might probably roast it for dinner.’

Flowing from the above, Michael Braton’s postulation that ‘’elections do not in and of themselves constitute a consolidated democracy, they remain fundamental not only for installing democratic governments, but as a requisite for broader democratic consolidation underscores the point being canvassed here.

Further flowing from the above is the fact that election is not restricted to one day ritual of voting and subsequent vote counting and result declaration. Rather, it includes an array of processes that includes but not limited to candidate nomination and registration with the electoral umpire.

It is trite that the Aregbesola era has introduced progressivism and dynamism to governance; a radical departure from the old order. It would therefore be in the interest of the well-being of the state that the political tendency whose modus operandi is nothing but progressivism need to succeed him otherwise, there would be an unpardonable detour to the grim political failure which includes but not limited to corruption, ineptitude, social injustice and inequality captured in Achebe’s ‘’The Trouble with Nigeria’’ engendered by failed leadership.

Lest we forget, the celebrated author, Achebe, hinted that “the trouble with Nigeria is simply and squarely a failure of leadership….there is nothing wrong with the Nigerian character, there is nothing wrong with the Nigerian land or climate or water or air or anything less.’’  Osun had its experience of this failure of leadership before the current revolution hit the ground running.

Undeniably, loyalty is a key factor in politics and by extension, governance. It is a moral component of any political relationship, hence loyalty is morality. The presence of loyalty among all strata of the political class will not only strengthen the polity but also guarantee the needed conducive atmosphere for consolidation of democratic dividends. No one in Osun would wish for the state, the type of ‘wars’ between successors and predecessors that have characterized some other political environments in Nigeria.

Given the steady progress being recorded, who needs such tense political atmosphere in Osun to throw spanners in the wheel of advancements? Thus loyalty to the ideals, tenets and principles of the current political tendency should be one of the most important considerations for Osun political succession. The sustainable development in Lagos State offers us a good illustration here. No one would deny the smooth sail of Lagos from what used to be a jumbled metropolitan settlement to a megacity where there is order, glamour and glitz. Lagos is prosperous today and looks even much more with greater potential.

No one also needs to be told as well that this has been due to an uninterrupted progressive political tendency and ideology that holds sway in the state since Nigeria returned to democratic rule in 1999.

Oftentimes, commentators misconstrue loyalty to be a blind, dogmatic compliance and adherence to the rules of the game set by a political ‘benefactor’ or the incumbent who facilitates the emergence of his successor. This is wrong! Loyalty, to me, represents a religious adherence to that path created by an incumbent which has been benefitting the people and which, if followed, would achieve greater good for the people.

Asiwaju Bola Ahmed Tinubu expected loyalty from his successor. This was because he had created a path to be followed. That Babatunde Fashola followed that path made him another superstar in the administration of Lagos. That Akinwumi Ambode has followed that path as well has enriched Lagos. It is beginning to appear like other political parties have surrendered to the APC given the unprecedented infrastructure revolution the state is witnessing.

Already, the people of Osun dream of the picture of another 8 years with equal zeal, determination and clear vision as brought by Aregbesola.

The issue of disloyalty has been part of our political fabric for so long. This is echoed in a lecture titled ‘’Mending a Socioporous Nation before the Third Republic’’ delivered by Prof. B.I.C Ijomah on 4th April, 1986 wherein he asserted that ‘’There is no morality. People swear by and lie by the Bible and Koran……the sacred has been profaned, the profane has been sanctified and immorality and corruption have been tagged the order of the day.’’ There is a need to sound a caveat that the loyalty of successor to predecessor being envisaged here is not the one that will turn democracy to kleptocracy typical of some emerging democracies in Africa.

Next which is of utmost importance is charisma. Ours is an African democracy wherein the head of the executive which is the governor or president as the case may be occupies a central space in the scheme of things usually with an alluring character, doggedness, empathy, unblemished integrity, confidence, inspiration to others, commitment and passion, decision making capabilities, tact and diplomacy, astuteness and accountability.

Do you find these lacking in Ogbeni Rauf Aregbesola in Osun? No! It would therefore not be a sin for him to identify and support a candidate who best typifies those ideals that would ensure the flame keeps burning.

Advertising on osun.life targets thousands of readers every day from Osun State and from all over the world. With a direct weekly reach of 70,000 and extended weekly reach of 200,000. Call Raphael on 07034651034 or check our rates page