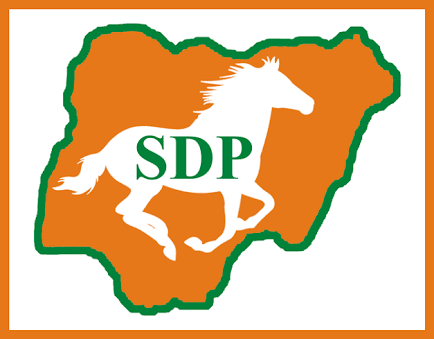 An interdenomiational prayer organised by the Osun State chapter of the Social Democratic Party in Osogbo, was disrupted on Thursday, when some policemen stormed the venue and arrested the chairman of the party, Femi Awe.

At the prayer session held few meters away from Dugbe Divisional Police Station, Osogbo, Christian and Muslim clerics, as well as traditionalists, were called to offer prayers for the party.

The event had progressed without hitch until some policemen from Dugbe Police Station stormed the venue and arrested the executive of the party.

The chairman of the party and other executive members after spending time inside the station, returned to the venue of the programme.

But the event was interrupted the second time, when some armed plain clothes police operatives came to the venue and whisked away Awe.

The spokesperson for Osun State Police Command, Yemisi Opalola, said she had not been briefed on the incident.

The SDP acting secretary in the state, Azeez Musbau, however, condemned police action, adding that the party informed the police authority of its plan to have a prayer session.

He said, “We don’t know why our chairman, Elder Awe, was taken away by the police. Before the prayer event, we wrote the State Commissioner of Police, the State Director of the DSS and the state Commandant of NSCDC intimating them of our plan to have the programme.