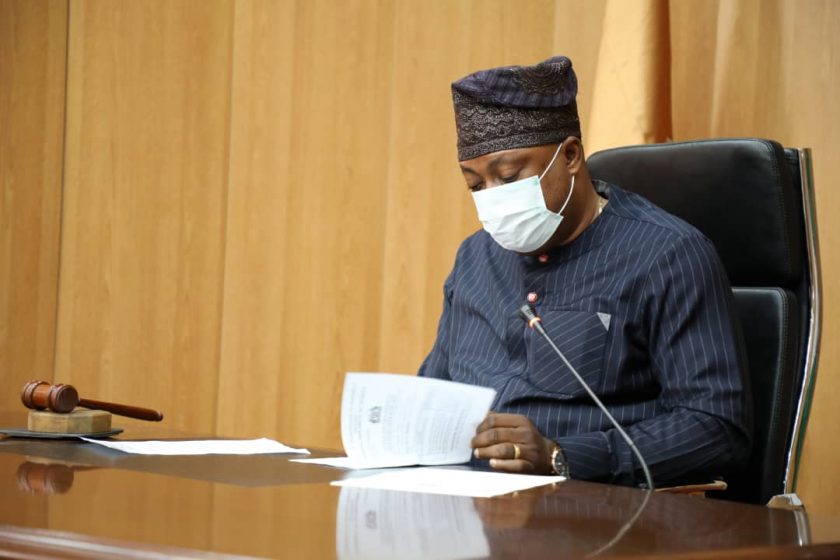 The Speaker of the Osun State House of Assembly, Timothy Owoeye has urged government at all levels to put more funds in technical education across the country if we’re to win the battle against unemployment.

Owoeye stated this on Saturday at the Federal Science And Technical College, Ilesha during the turning of sod of a workshop building he’s donating to the institution.

The Speaker who bemoaned the lack of opportunities said as someone who became councillor at the age of 27, he is saddened at the dwindling opportunity our youths are facing.

He attributed the biggest problem our nation is facing today to unemployment, saying it has become a major problem bedeviling the lives of Nigerian youth, causing increased militancy, violent crimes, kidnappings, unrest and socially delinquent behaviour.

The lawmaker said “Rising from our nations 60th independent anniversary, acquisition of skills remains the greatest antidote to unemployment and insecurity caused by youth restiveness and other forms of crimes in the society.”

“At a time when prices of goods and almost everything is unbearable, we must begin to produce what we consume. Technical education is key to the survival of any economy, especially a developing one like ours.”

“May I at this point, call on Government at all levels to as a matter or urgency and emergency, begin to put funds in our technical schools, it is the only way to relieve the burden of unemployment, crime and poverty.”

“Skills have overtaken certificates, while it is okay to go to school and earn a certificate, it is most important to match it with required skill to succeed in life.” he concluded.