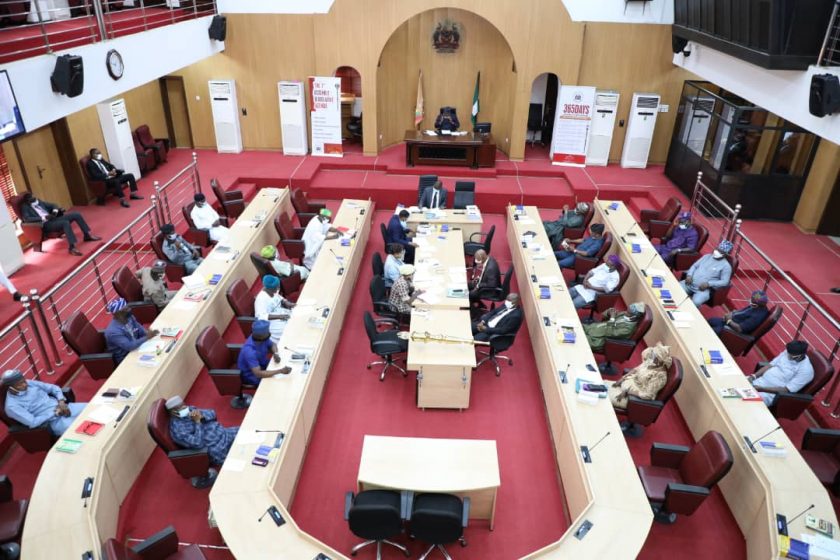 A mild drama ensued today at the Osun State House of Assembly when a nominee of Governor Gboyega Oyetola for Commissioner in the State of Osun Judicial Service Commission, Mr Adebayo Waliu Salmon appeared for screening.

Salmon, an Ejigbo born Legal adviser was humbled when the Honourable representing Ejigbo State Constituency, Hon. Adekunle Oyekunle, said he is meeting the nominee for the first time after his announcement despite calling him to congratulate him on his nomination.

Members of the assembly condemned the behavior citing such as bad move by the nominee. Mr Adebayo who spoke after, tendered his apology.

The Speaker, Timothy Owoeye, pleaded with members and stressed the need for synergy. He said the nominee must resolve issues with the lawmaker before his nomination can be considered.

Owoeye who said the sanctity and honour of the legislative arm must be upheld and respected, adjourned plenary for an hour for both parties to mend fence.