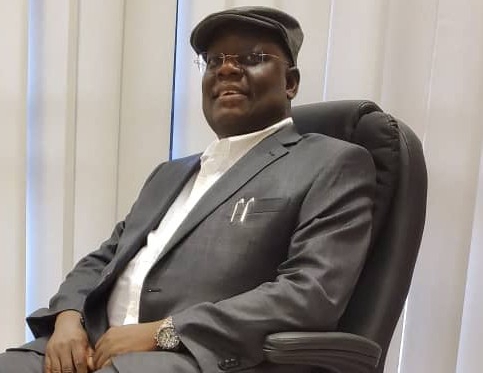 The Speaker, State of Osun House of Assembly, RT. Hon. Timothy Owoeye has admonished the newly appointed acting Clerk of the National Assembly, Mr Amos Olatunji Ojo to be a good Ambassador of Osun.

The Speaker in a congratulatory message by his Chief Press Secretary, Mr. Kunle Alabi described the appointment as well deserved.

He stated that the appointment of Amos by the National Assembly Service Commission does not come to him as a surprise because of the fact that he is the most qualified for the job.

The Speaker emphasised that the fairness exhibited in the engagement of the former permanent Secretary of the National Assembly has shown that all hope is not lost in having a country that will live up to the letters of its Constitution.

He said, “I am not in doubt that you will do Osun proud with your appointment as the acting Clerk of the National Assembly, your wealth of experience as a civil servant and the determination to give your best to the country will see you through.

“I am indeed proud of you as a citizen of our dear state and Nigeria. It is a call to greater service for the growth of the Legislative arm of government and the country at large.

“On behalf of my family, my colleagues in the State of Osun House of Assembly, I pray that you have a wonderful tenure as the acting Clerk of our great National Assembly”.