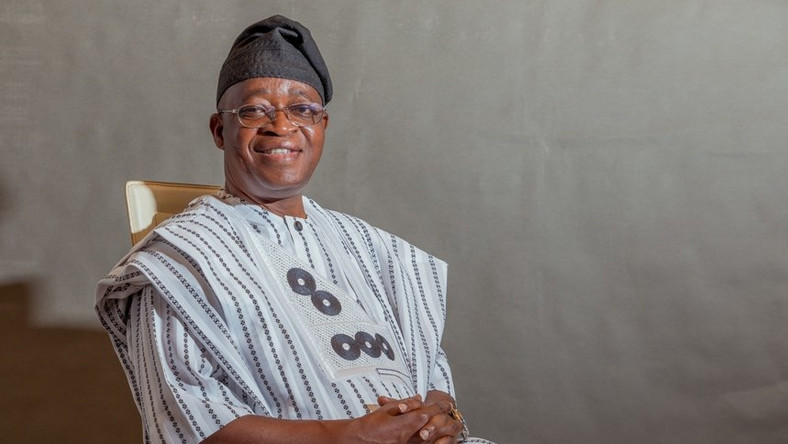 Last week, I wrote a fitting tribute to Adejare Adebisi, the fine gentleman, talented administrator and Deputy Chief of Staff (DCoS) to Governor Gboyega Oyetola, who died some two weeks back. Not long after, a friend drew my attention to another piece written, earlier, by Abimbola Adelakun in a national newspaper, querying the governor’s plan to take the late Adebisi abroad for treatment, “but for COVID-19 pandemic.”

Well, let me start by saying that it is difficult to fault what Adelakun wrote. Based on her perception, the argument, as far as Nigeria and the attitudes of her politicians are concerned, could be valid. However, perception may be different from reality when deeply interrogated. Undoubtedly, Adelakun’s comments, based on random assumptions of the topic of discourse, and, in particular, her evaluation of the governor of Osun, did not speak to good judgment.

For sure, a cursory analysis of the healthcare administration in Nigeria, from independence, will reveal the extent and the creeping negative impact that decades of neglect in the public health sector had engendered in the country, Osun inclusive. Unfortunately, what Oyetola met on ground could not be hurriedly dealt with, or remedied in the limited space of time of two years. Had the writer therefore taken into consideration that investments in healthcare delivery is not something which results can be visible in 2 years, not even in 5 years; and that these things take time because they’re institutional in shape and size, maybe her position on Osun would have changed. For example, for LAUTECH Teaching Hospital Osogbo, to be a world-class hospital, it will need about ten years of rigorous master-planning, legislative inputs, deliberate capital investment, getting the necessary medical equipment in place, and manpower development, among others. It’s after all these steps, and more, would have synced that one can see the effects of such a cogent development initiative.

Again, that our politicians have not learnt anything is a casual but unfair generalization which, indeed, does not hold for Osun. That we don’t have world class hospitals that can competently take care of tertiary ailments is also not far from the truth. But, must we allow our people to die from diseases that are treatable, here or elsewhere? Didn’t the United States of America, despite her enviable accomplishments in medicine, have cause to run to China for ventilators to cope with COVID-19 demands in ‘God’s own country’ ? Even, at the Federal level, President Muhammadu Buhari once promised to ensure that Nigerians no longer travel out of the country on medical tourism. But the president was able to discover early enough that the situation of medicine and medical practice in Nigeria was still in chaos; that its foundation was not well-laid! From that point, all that he had said became mere political rhetoric. Who knows? The man might have long been dead, had he not taken a step by seeking medical attention abroad!

Coming back to Adebisi, the columnist may not have examined the context of Oyetola’s lamentation for his inability to ferry Adebisi abroad for medical attention. The governor spoke in the context of a medical referral and a scheduled doctor’s appointment for the deceased in Germany. He has been there before! It was therefore painful that such an endowed bureaucrat was unavoidably allowed to just go like that – so cheaply – more so, in an environment where we didn’t even have enough to cope with stroke.

To Oyetola’s credit, one of the priority areas of his government has been the health sector. According to him, for Osun to be a wealthy state, the people living in it must be healthy; which, of course, was a reasonable, healthy logic! With this at the back of his mind, he made promises and he took steps. On assumption of office, one of his first functions as governor was the launch of the revitalization of 332 Primary Health Centres (PHCs) in the state. An essential part of the intervention is that, for every ward, there must be a functional clinic that can take care of the people in times of health needs. So far, over-250 of these PHCs have been completed and put to good use. Yours sincerely is also aware of the overhaul of the General Hospitals across the state, all in a bid to guarantee quality, affordable, accessible and qualitative healthcare delivery for the residents. Now, Osun can boast of a world-class, well-equipped Intensive Care Unit (ICU), just as all its health facilities are functional for the benefit of all. It is therefore interesting to note that, with Oyetola’s silent revolution, the story of medicare has changed. Even in the villages, old people are no longer dying needlessly. Drugs are more readily available and our healthcare workers, including doctors, are not complaining.

Yes! Osun can now boast of essential medical services. However, the intervention has not become elevated to the level that it could deal with Adebisi’s ailment. The state is just getting grounded in primary healthcare, while upgrade attempts at different strata of medical care are being relentlessly pursued. Of course, that’s how medical institutions are built! It has to come from the grassroots; and move up to the universal level! But for some small hiccups here and there that are, again, being looked into, I have it on good authority that Osun is already looking for a way of having a tertiary university hospital that will be duly accredited; which, of course, is the starting point. Again, who knows? The governor may be planning to have a specialist hospital, built in Adejare Adebisi’s name, to focus, primarily, on tertiary ailments which, as things stand, have continued to make medical tourism a must.

All said, there’s no doubt that, with people like Adelakun putting governments on their toes, there is hope for Nigeria. This time around, her bullet may have been misfired at Oyetola and the government he leads because she wrote in a hurry and could not capture other important highlights. Perhaps, if only she had dug more into what the governor has been doing, particularly, his vision for the health sector, she most certainly would have known that, beyond what she advocated in her piece, the governor has much more bigger plans. Take for instance, had Oyetola’s administration not been proactive in the containment of COVID-19 in the state, wouldn’t the story have been different?

May the Lamb of God, who takes away the sin of the world, heal our land!