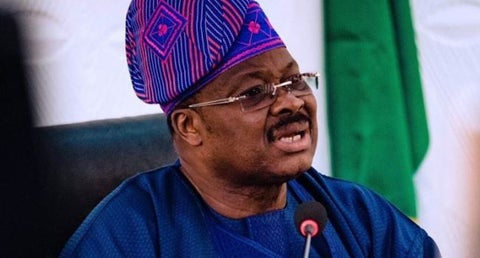 President Muhammadu Buhari has condoled with government and people of Oyo State over the passing of a former governor, Isiaka Abiola Ajimobi, whose contributions to the development of the state, and nation, will always be remembered.

Also, former governor of Osun State, Prince Olagunsoye Oyinlola, has described the death of Ajimobi as a great loss to Nigeria and, in particular, to Yorubaland.

A statement issued by Femi Adesina, Special Adviser to the President (Media & Publicity) in Abuja on Thursday said the president commiserated with the family of the former governor, who served the country as a senator before winning the governorship election in 2011, remaining steadfast and consistent in his progressive views, and working assiduously for the creation of the All Progressives Congress.

President Buhari said he believed Ajimobi left the world at a crucial moment when the party and the country needed his counsels to heal and grow, noting that his absence will be sorely felt by all associates, particularly in the APC.

Oyinlola also described the death of Senator Ajimobi as a great loss to Nigeria and, in particular, to Yorubaland.

Prince Oyinlola, in a message on Thursday, described Senator Ajimobi as a complete gentleman and a patriot in every sense of the world.

He noted that Ajimobi had a very large heart in his dealings with all manner of persons who came his way while his politics was clearly without bitterness.

Oyinlola added that the late ex-governor gave a good account of himself first as senator, then later as governor leaving behind legacy programmes and projects that will forever mark him out as a very successful politician.

He prayed for the repose of his soul and for his family to have the fortitude to bear the loss.