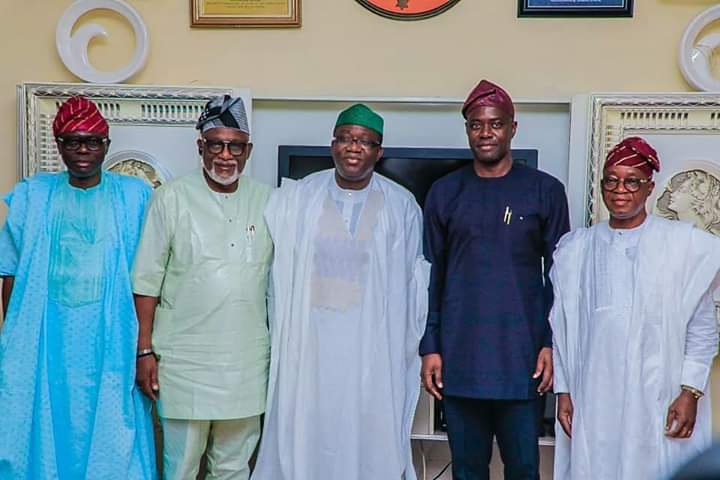 Indications emerged on Saturday that the police, army and the Nigeria Security and Civil Defence Corps have rejected the planned inclusion of members of the Yoruba groups namely the Oodua Peoples Congress; Agbekoyas, hunters and vigilantes into the Western Nigeria Security Outfit codenamed Operation Amotekun (leopard).

The operation, billed to be inaugurated in Ibadan, Oyo State, on Thursday, was the outcome of a security summit organised by the Development Agenda for Western Nigeria for the region’s six governors last year to tackle the kidnappings, ritual killings and other violent crimes ravaging the region.

Ekiti State Governor, Kayode Fayemi, had said in his New Year message that Amoketun would be inaugurated on January 9.

Fayemi said, “On January 9, 2020, the Western Nigeria Security Network known as ‘Amotekun’ shall commence operations in all the six states in our zone.”

A security expert close to the Osun State Governor, Alhaji Gboyega Oyetola, who spoke on condition of anonymity with one of our correspondents on Saturday, said the government security agencies rejected the plan to work together with the ethnic local militias, saying they were not trained in security matters.

The source, however, said the issue had been resolved as the ethnic local militias would be restricted to patrol within their local government areas to gather information for onward sharing with the government security agencies.

ECA: Nigerian economy vulnerable to shocks, says World Bank
He said, “All the state governors will be in Ibadan for the inauguration this week. After this, each state will inaugurate the operation in its domain. Each state will pay salaries to those recruited into the outfit. The states are still coming up with their arrangements on how to pay and how much among other things.

“The hunters, OPC members and other groups who will be part of the outfit will operate from their local government areas. They will gather intelligence for the government security outfit.

“We are involving the police, army, NSCDC and air force in Osun State. There will be toll-free lines which the hunters and others can call whenever they have information to pass.”

It was learnt that about 120 vehicles would be deployed for the central operation with the headquarters located in Gbongan, Osun State, on the Ife-Ibadan Expressway.

The source further said the hunters, vigilantes and other ethnic groups knew their areas well, adding that they could also adequately monitor herdsmen’s movement into communities or forests.

He added, “Their knowledge will be useful in the operation. The police and other government agencies said they could not be in the same patrol vehicles with hunters, vigilantes and other local groups. They said members of the groups were untrained in security matters and they rejected their inclusion in the patrol teams.

“But those people will gather intelligence and pass it to the police and other security groups. The inauguration of the outfit was delayed because that had to be sorted out and we had to ensure that everyone knows their scope of work.’’

On his part, Director General, DAWN, Mr Seye Oyeleye, said the body was not in charge of recruitment into the outfit.

Oyeleye said, “We said it from the beginning that DAWN is not handling the recruitment. But by the grace of God, the security outfit will be inaugurated on Thursday and it will be successful.”

Also, a senior police source in Ogun State told Sunday PUNCH on Saturday night that police officers and other uniformed men drafted to the operation were not comfortable with the pact to have members of the ethnic militias on the patrol team.

He said there had been reactions since the South-West governors disclosed plan to incorporate them into the operation’s patrol team.

The source, who also described the hunters, vigilantes, OPC members and the Agbekoyas as untrained persons on security matters, stated that they might not subject themselves to police control during operation.

He said, “This is not to say they are not important in the security duty. But their lack of formal training is giving the uniformed men a serious concern. I don’t know how the arrangement will work really. It will be a bit difficult to have trained personnel and untrained people in the same patrol vans working together.

“These people may not subject themselves to the police command and control. They may see themselves as authorities. Anyway, we will see its workability when it is inaugurated on Thursday.”

When one of our correspondents contacted the Police Public Relations Officer in Ogun State, Abimbola Oyeyemi, for his comment on the operation, he said the hunters and vigilantes who would be part of the operation in the state were ready.

He said “Our hunters and vigilantes are ready. This is not the issue of OPC or Agbekoyas. We can decide not to use them.’’

Oyeyemi noted that the method to be adopted for the security outfit in the state would be unveiled during the inauguration on Thursday.

No rift between security agencies and OPC, says Akeredolu

The Ondo State Government, however, said on Saturday that all stakeholders were ready for the inauguration of the security outfit in Ibadan on Thursday.

Speaking on behalf of Governor Rotimi Akeredolu, his Special Adviser on Security Matters, Alhaji Jimoh Dojumo, noted that there was no problem in the planned operation between the security agencies, local vigilantes and the Oodua Peoples Congress in the state.

He said, “There is nothing like security agencies don’t want to work with the vigilantes and the OPC. Every group had been assigned its roles. There is no clash whatsoever.

“It is not that they don’t want to work with the vigilantes and the OPC. But there should be defined roles for everybody. We have worked it out. That is why we’re inaugurating it on January 9. We need to be careful between the professional groups and the locals and also the constitution must be respected.

“We have not involved the vigilantes and the OPC in the exercise. I want to assure you that all stakeholders will be contacted by Monday before the start of the operation. We don’t want anyone to put us under pressure. At the appropriate time, we will contact all those concerned in the operation.”

Similarly, the Public Relations Officer of the state police command, Mr Femi Joseph, expressed the readiness of the command to join hands with the government to ensure the success of the initiative.

Joseph said, “We are ready to work with anybody to achieve the goal of providing adequate security in the state and the South-West.

‘We are ready for Operation Amotekun’

In his comments, the Ondo State Coordinator of the OPC, Mr Victor Egbeyemi, said the group did not have any problem with the security agencies concerning the take-off of the operation, saying the group was ready to take up any role given to them.

He said, “Whatever role given to us, we will take it diligently. All we want is peace in Yorubaland. The security of our land is what is vital to us. We welcome ‘Operation Amotekun.’ It is a good initiative from our governors and we will support it effectively.’’

We have not been contacted, Gani Adams, Agbekoya, others cry out

The South-West Stakeholders Security Group has applauded the move by the governors to inaugurate the joint security taskforce in the region.

Speaking at a press conference in his Lagos home on Saturday, the group’s Convener and Aare Onakakanfo of Yorubaland, Iba Gani Adams, hailed the initiative, saying the group was ready to complement efforts of the governors and the Inspector-General of Police in their plan to make the South-West safe for the people.

The meeting was attended by members of the group comprising leaders of the Oodua Peoples Congress, the Vigilante Group of Nigeria, the South-West Hunters Association, the Agbekoyas, South-West Agbekoya Group, Agbekoya Farmers Society Group, Yoruba Youth Council and the Community Security Awareness Initiative Corps of Nigeria, among others.

He, however, said the group had not been contacted by the governors on the modus operandi, especially the recruitment of members of the group for the security outfit, with just five days to the commencement of the initiative.

Adams noted that it was necessary that members of the outfit were people known and whose integrity could be vouched for, saying anything short of that would amount to an exercise in futility.

He further said efforts to curb the security challenges in the region was beginning to yield positive results, pointing out that the group since its inception in July 2019 had made significant efforts to tackle insecurity in the region.

He also said there was the need to create a workable synergy between the security outfits and the leaders at the grass-roots.

Adams said, “All over the world, the security of lives and property remains the top priority of every government. It is when the country is safe and secure that we can think of other things. That is why as a group, we have made an effort to form alliance to make the region safe. “

Adams expressed the group’s readiness to take the issue seriously without leaving room for failure. He added that though the insecurity situation had reduced drastically with the emergence of the group, the situation had become tense with the recent invasion of some communities in the South-West.

He said, “The security situation in the South-West is not something to write home about. For instance, people cannot travel during the festive period because of fear of kidnappers and marauders that kill and maim at will.

“A situation whereby a traditional ruler in Akure, Ondo State, was kidnapped and asked to pay a huge ransom before he was released and that of a Catholic priest was worrisome. It brought up a new challenge. We have been keeping quiet not because we are bereft of ideas or solution.

“We need to match our words with actions. But now they have involved us by name but not by contact. They have not contacted all the leaders. However, we must appreciate them because we are ready to provide a lasting solution to the menace in the region. We will do our best to secure the region.’’

Adams said there was the need for the governors to engage people with the strength of character and integrity, especially on security, adding that the group was ready to set up a liaison committee with the security advisers in the South-West states to advise them on security matters.

“We are alerting the world that the issue of security should not be taken lightly or politicised because if this new initiative fails or boomerangs, we are not to be blamed,’’ he added.