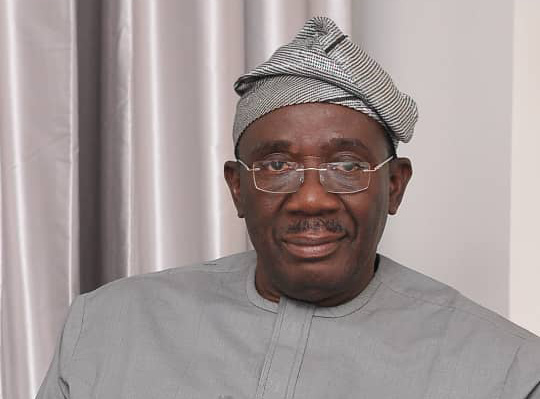 The leadership and members of the People’s Democratic Party in Osun state have been enjoyed to bury their hatchet and leave behind, the deeply rooted hostility between supporters of Senator Ademola Adeleke and Dr Akin Ogunbiyi in the interest of the masses and common good of the party.

This was contained in a statement issued by Senator Francis Fadahunsi through his media aide Sam-Segun Progress, on Tuesday.

In the statement which was made available to osun.life in Osogbo, the state capital, the lawmaker representing Osun East Senatorial District called for an end to the crisis between the party gladiators and their supporters saying that the party cannot get it right in the coming year and beyond unless it is unified and fray nerves calmed.

“The idea of hostility, feud over who gets what is not even available for now and continued rancour every now and then must go with 2019.”

“Our party has come a long way and we cannot afford to fail as a people who have surpassed and scaled through many dreadful situations in the past. This too shall pass and we will come out of it stronger.”

“It’s high time we face our fears and stamp out irrelevant issues. In all human organisations, differences will continue to play out but allowing it to divide us and staying divided without concerted efforts towards a much needed fusion is never a good way to travel into the future.”

“By this message, I wish to employ every concerned leader and member of our great party to look forward to the coming year with a clean heart and let us all move on for the good of humanity and our beloved state.”

“No matter how strong individuals can be, politics is a game of number. Hence, only a united front and not a divided house can guarantee us victory. By the grace of God, and with the support of other concerned leaders and members of the party, we shall lead the struggle to rebuild and ensure that our party is well positioned in the coming year. But first, we have to let go of unproductive feuds of the past and condemn them to the trash can of 2019.” The senator noted.

He however thumbed up for supporters of the party and everyone who has been propagating the party, saying that their efforts are not unnoticed.

Senator Fadahunsi afterwards cautioned members on social media to write with moderation and decorum so that the regime, according to him, “would not hide under the guise of undemocratic laws and clampdown on them.” He again restated that the proposed hate speech bill will not see the light of the day and that the hard earned democracy, the freedom of expression and other rights that Nigerians are enjoying would not be eroded no matter what.

He then facilitates with party faithfuls for seeing the end of 2019 and prayed that the Almighty will make 2020 a more prosperous year for all.