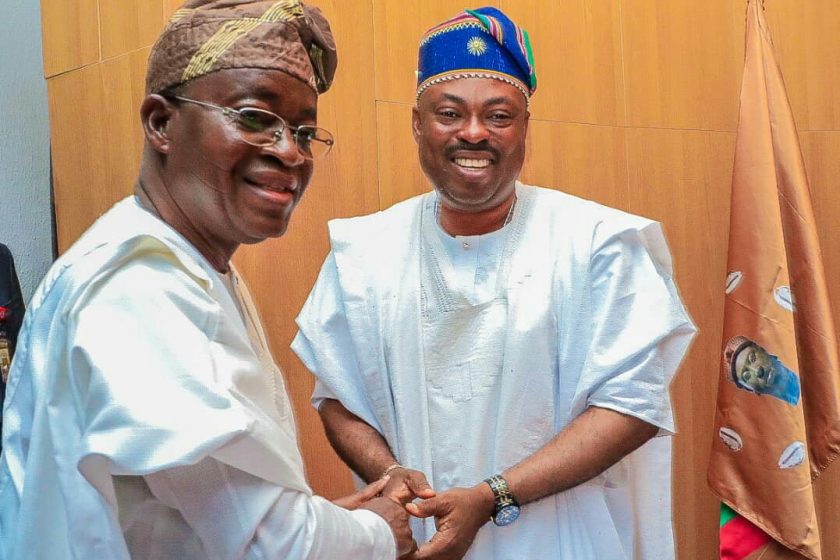 Osun State House of Assembly under the leadership of Rt. Hon. Timothy Owoeye has defeated the executive arm in novelty football match organized to commemorate the first year anniversary of Governor Gboyega Oyetola.

The game which kicked off 4pm at the Oshogbo City Stadium had the members of the executive team kitted in green jersey while the legislature wore yellow.

Governor Oyetola in the full glare of spectators at the stadium opened the game with the ceremonial opening kick.

The game which ended in a goalless draw after the final whistle, saw a resilient legislative team convert the penalty shootout opportunity to ease three goals past the executive team, the game finally ended 3-0.

An elated captain of the legislative team, Rt. Hon Timothy Owoeye posited that the winning was a deserved one by his team as they prepared so much before the match.

“We really deserved this win, we have been training so hard to see us come out successful at the end of the game. The success was a result of our thorough preparation ahead of the game. I must commend the team spirit that was displayed by my teammates.” He said.