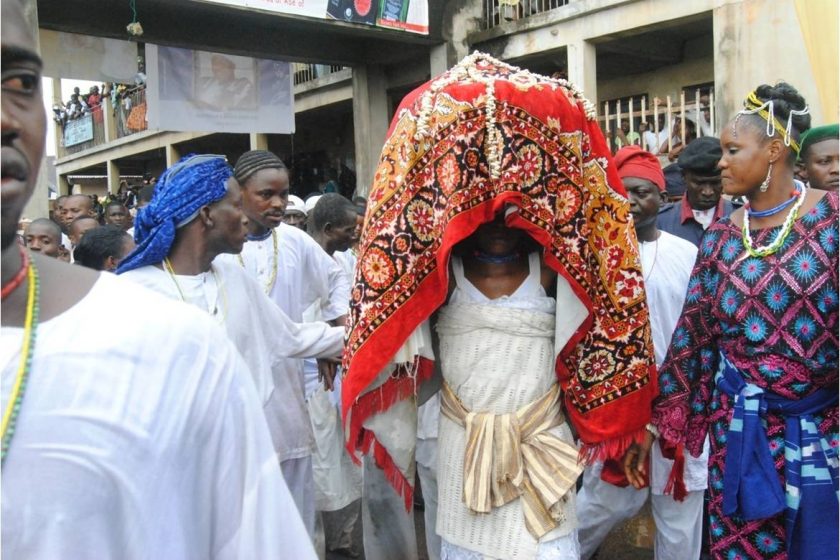 The early history of the Oshogbo people is founded on mythical and spiritual beliefs, along the lines of the traditions of the Yoruba people. The Osun river goddess is credited with the founding and establishment of Oshogbo town. Some describe her as the Oso-Igbo, the queen and original founder of Oshogbo town; thus, the Osun Oshogbo festival, which has been celebrated for about six hundred centuries, was built around the relationship between the river goddess Osun and this first Monarch of Oshogbo kingdom. Oba Gbadewolu Laroye.

A look into history reveals that most of the age-long culture heritage of the founding fathers of Africans has gone into extinction with the coming of modern norms and civilization, while attempt will not be made to question the benefits of the encroaching way of life, it must be said that effort must be made to remind Africans of their roots, for the sake of posterity, for which lots of organizations and institutions must be given credence. 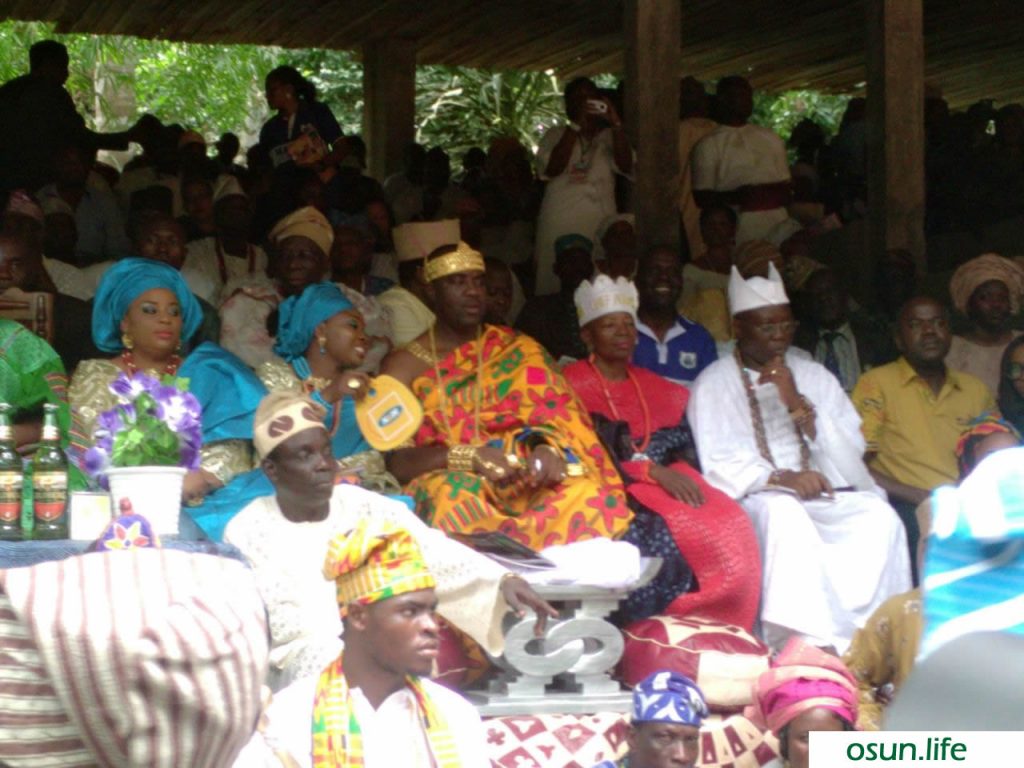 Despite the gradual fading away of celebrated African cultural traditions, one that has not only stood the test of time, but has been a reference point even till today, is the Osun Oshogbo festival. Since 1370, the people of this part of the world, South-West Nigeria, have been able to hold on to what was bestowed on them by their fore-fathers.

As a mark of the bond that was established six centuries ago, the Oshogbo people gather annually to celebrate what they observe as their Founder’s Day. A unique cultural practice built around the relationship that existed between a river goddess and Oba Gbadewolu Laroye inside the Osun Grove, lay the origin of the Oshogbo ascendancy and kingship institution.

Precisely, every August, a grand and colourful festival is organized at the “Osun” sacred groves in Oshogbo. This draws tens of thousands of believers and tourists from both inside and outside the country. The custodian and priestess of this grove is a German born devotee of the Osun deity, Susan Wenger, 83, popularly called “Aduni Olorisa” or “Iya Osun” by the believers. The Osun devotees dress traditionally in white cloths and believe that the River goddess brings divine favour and has healing and fertility powers.

Despite the proximity of the forest to human habitation, this grove was traditionally maintained and protected by the indigenous people using the myths and beliefs system. This prevents any form of encroachment regarded as sacrilegious and offensive to the gods and the goddess. Osun grove was recognized by UNESCO in 2005 as a World Heritage Site and this has been linked to the consistencies that the festival has enjoyed over the years and the protection of the values of the grove by the people.

According to Oluremi Funsho Adebayo, the co-coordinator of the National Museum, the reason why UNESCO recognized this site, inclusive of the festival is because of the authenticity that is involved. It is the only festival that since 1370 AD has remained what it was originally despite modernity; there has not been any adulteration; everything has been in its original state and all structures that were put in the place that forms the foundation of Osun Oshogbo kingdom are still in existence in the grove.

Osun Oshogbo festival has a two week programme of events starting with the traditional cleansing of the town called “Iwopopo” followed by the lighting of 500 years old sixteen points lamp three days later, called “Olojomerindinlogun.” This is followed by “Ibroriade,” which is the assemblage of the crowns of the past ruler (Ataojas) for blessings and its being led by the Ataoja who is the ruler and votary maid (Arugba) propelled by Yeye Osun, and a committee of priestesses. The Arugba bore the people age-long prayers to the grove in a calabash of effigy which can only be carried by a virgin, which signifies purity.

This festival, with its international status, has become a major tourist attraction. Observations over the years have shown that the festive period is about the best time to see the city as people parade the streets in their colours. The people look forward to it with great expectation and for the period that it lasts, procession, dance, art exhibition, and colourful carnivals are major attractions of the Osun Oshogbo cultural festival.

The event over the years, has given residents and tourists the opportunity to recreate socially, culturally, as they re-enact one of their renowned age-long spiritual and communal feast.  Indeed the Osun Oshogbo has been and is one of the most outstanding and preserved cultural practices of the various festivals in Nigeria and Africa as a whole.