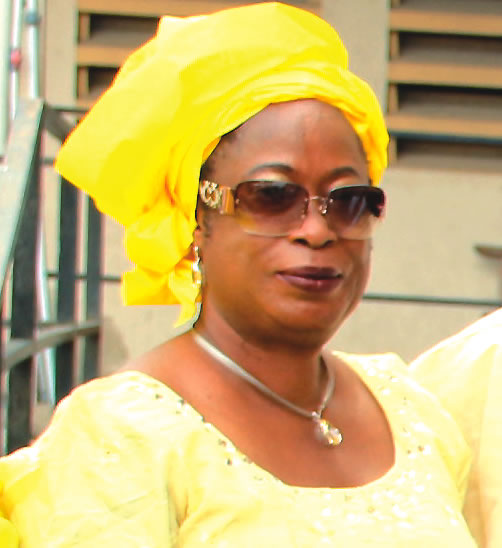 After three days in custody, the Economic and Financial Crimes Commission (EFCC) has released a former Speaker of the House of Representatives,  Mrs. Patricia Olubunmi Etteh.

The former Speaker is under investigation in connection with a N240million contract, which was awarded to a firm by the Niger Delta Development Commission (NDDC) in 2011.

According to an statement by the Head of Media and Publicity of the commission, Mr. Wilson Uwujaren, the ex-Speaker got reprieve on Friday.

The statement said: “The ex-Speaker detained by the Economic and Financial Crimes Commission (EFCC)  on suspicious and shady financial involvement with  Phil Jin Projects Limited, has been released by the commission.

“She was released on Friday upon fulfilling bail conditions offered her by investigators working on her matter.”

“She is to report periodically to assist further investigations.”

The N240million contract, which was awarded by NDDC to Phil Jin Projects Limited, led to the discovery of  overpayment of N47million to the beneficiary company.

About N130million out of the contract sum was traced to Ette, who claimed that it was a refund of the cash she borrowed the contracting firm.

Another reliable source said: “Etteh was arrested by the Special Duty Unit of the EFCC. Our operatives have been quizzing her accordingly.

“Preliminary investigation showed that Mrs. Etteh was not a director of the company but after the payment of the contract sum, about N130million was traced to her.”

“Although the former Speaker claimed that the N130million was a refund of the cash she advanced the company, the onus is on her to show proof.”

“She is presently with the EFCC. Once she clears herself, she will be let off the hook.”

It was learnt that the EFCC was interested in how a company won a N240million contract but was paid in two tranches of N34million and N253million.

” Findings confirmed that the company was overpaid. Our team is seeking to establish whether or not the company refunded the excess of N47million.

” Our operatives will also try to establish if there was any relationship between the company and Mrs. Etteh for the ex-Speaker to have received N130million of the contract sum.”