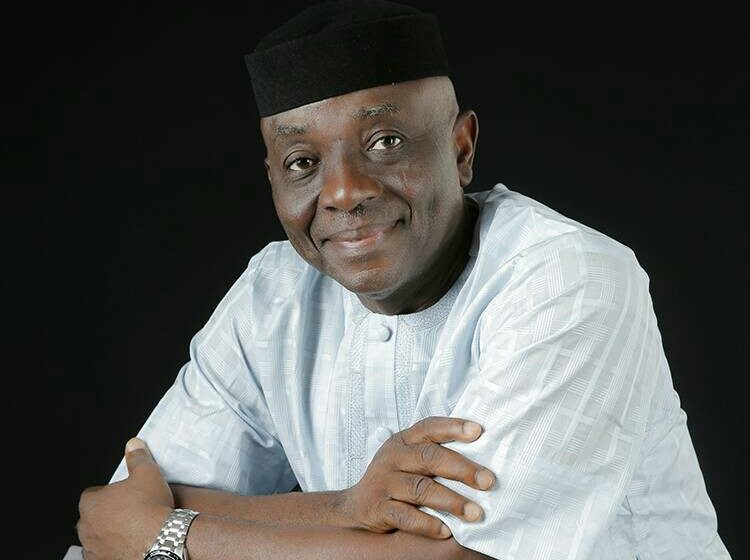 Baring any last minute change, the erstwhile Chairman of the State of Osun Universal Basic Education Board, (SUBEB), Hon. Ajibola Famurewa, as well as the current spokesperson for the 9th Senate, Senator Ajibola Basiru will both emerge unopposed as Senatorial Candidate of the All Progressives Party (APC) in Osun State.

Famurewa and Basiru who were both Candidates for the same office in the 2019 general elections have both re-emerged in the ongoing process within the All Progressives Congress (APC).

Hon. Ajibola who represented Ijesha South Federal constituency between 2011 and 2019 at House of Representatives lost the 2019 Senatorial election to the candidate of the Peoples Democratic Party (PDP), Francis Adenigba Fadahunsi.

Basiru on the other hand scored 132,821 votes to beat his major opponent, Alhaji Ganiyu Ola-Oluwa of the Peoples Democratic Party (PDP), who polled 106,779 votes.

However, things are not too well with the re-election ambition of the Senator representing Osun West Senatorial District, Adelere Oriolowo whose fortune after winning the 2019 election has continued to nosedive into a regrettable state.

Oriolowo at the moment is running from pillar to post to save himself from the impending defeat at the primaries as most chieftains of the party within nine of the ten LGAs that make up the West Senatorial District reportedly rejected the re-election project of the Iwo born politician.

Oriolowo who is the Chairman of the Senate Committee on Legislative Compliance enjoys the backing of major stakeholders within his LGA who are satisfied with his performance.

A chieftain of the party who spoke with this medium on the condition of anonymity said the travails of Oriolowo can be linked to the cordial relationship he maintains with the former governor of the state and current Minister of Interior, Rauf Aregbesola.

The APC in Osun is split between the Aregbesola faction called The Osun Progressives (TOP) and the Ilerioluwa faction loyal to his successor and incumbent Governor, Gboyega Oyetola.

The top echelon of the Ilerioluwa group are doing everything to humble Oriolowo at the primaries, they alleged that he was missing in action during the Ward, LGA and State congresses as well as the primaries that led to the emergence of Oyetola as the candidate of the party for the July 16 polls.

However the decision of the party at the Senatorial District to retain the Senatorial ticket in Iwo leaves the Ilerioluwa group with two options in the plot to stop Oriolowo; Dr. Gbenga Salawu, a Dublin based Medical Doctor and Hon. Amidu Tadese who recently resigned as the state Commissioner for Water Recources and Energy.

Salawu, an Iwo-born medical doctor, also known as IweOkari, in a press release declaring his ambition said he is eager to serve the people of the district because they deserve quality representation. He said he is qualified to lead the people and leverage his international exploits to facilitate development to the district.

The coming days would indeed be decisive as the process of emergence of candidates for various offices within the APC began on Wednesday when Governor Gboyega Oyetola met with all the aspirants at the Oke-Fia Government House.

Oyetola charged all the aspirants to support those who emerge as candidates of the party and work towards the success of the APC across all levels in the forthcoming elections.

The latest press release signed by the National Publicity Secretary of the party, Felix Morka, has confirmed Senator Oriolowo’s date with destiny as Friday, 27th of May, 2022 when the Senate primaries of the All Progressives Congress (APC) is expected to take place.