As the global race celebrates the beginning of a New Year, it comes with a sigh of relief and anxiety in Osun State. Besides being a fresh start, it is also an election year in Osun which makes the feeling different from other states of the federation.

No doubt, politicians across various political divides are making subtle moves to achieve their aims in the July gubernatorial poll. It is obvious that the major political parties in the state are currently engulfed with serious internal crises with no end in sight for resolution but in politics, conflicting political interests can be resolved anytime. Politicians know when to compromise their stands for what might be considered mutual benefits or greater goals.

Irrespective of how various interests are aggregated in the major political parties, there are individuals within and outside Osun that would play an important role in who emerges as governor of Osun.

osun.life‘s Jamiu Ganiyu in this piece, painstakingly examines some prominent personalities whose contribution would not be a small measure as osun citizens and residents determine who rules the state for the next four years. 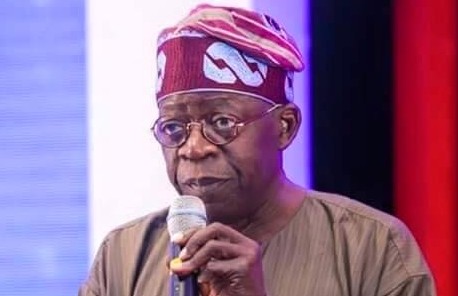 Jagaban as he is fondly called in Nigeria’s political cycle is an enigma whose network and reach are inexhaustible. Since the 2003 gubernatorial election in Nigeria particularly in the southwest where the then President Olusegun Obasanjo cajoled the incumbent governors by assuring them their second term once they deliver their respective state for him when he sought reelection. It was only Asiwaju that was safe from the political tsunami. Since then he has been using Lagos and the deep resources, human and financial to determine the political direction of the other five states in the  South West region before his later sojourn in national politics. It was part of this political blueprint that saw Aregbesola emerge as the governor of Osun in 2010 after about over seven years of struggle since Baba Bisi Akande lost his reelection bid in 2003 including over three years of landmark legal tussle.

On completion of his eight years tenure, Asiwaju Bola Ahmed ensured that his kinsman, Gboyega Oyetola, emerged as the gubernatorial candidate of the ruling All Progressives Congress despite the popular agitations from the west senatorial of the state. Oyetola through watershed electoral exercises emerged the governor of the state which was later stamped by the Supreme Court of Nigeria after a legal tussle that lasted over a year.

As we approach this year’s gubernatorial election, it is a fact that this man whose birth has been severally linked to Iragbiji in the Boripe local government area of the state would play an important role, particularly when his presidential bid for next year is around the corner. As a smart politician, he would want to do everything necessary to ensure that Osun remains APC to provide a platform or primary support base for his presidential ambition. 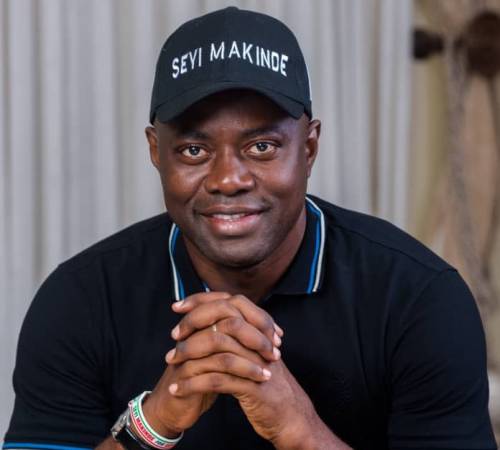 The lone Governor of the Peoples Democratic Party in the South West undoubtedly has not only been using his position to redirect the affairs of the party but also he has ensured that the whole structure of the party play by his rules. Initially, he had running battles with some past leaders of the party, for instance, former Ekiti State governor, Ayo Fayose, who was in the same position before the emergence of Governor Seyi Makinde. Seyi Makinde demonstrated his political wizardry during the events that led to the southwest zonal congress of the party by ensuring that all his preferred candidates were elected as the officers of the party in the zone despite subtle threats and war of words by the former governor of Ekiti, Ayodele Fayose.

The other event that showed that the Engr turned politician understands the game of survival in politics was during the recently concluded national convention of the party when his final permutation changed the game against the Prince of Okuku and former governor of Osun, Olagunsoye Oyinlola. Seyi Makinde and his advisers have envisaged that Prince Oyinlola’s emergence as the national or deputy chairmanship of the party would be a threat to his political survival because Prince Olagunsoye would be too high up to control. A retired general, former governor, and one-time national secretary of the party, there is no way such a personality could be a yes sir person to the Governor of Oyo State, hence the need to bring, Ambassador Taofeek Arepaja, to the national convention as a deputy chairmanship.

Since his emergence as the governor of Oyo State, an integral part of the Osun PDP family has pitched their tent with the new leader of the party in the southwest as a result of alleged injustice melted to Hon. Soji Adagunodo, by the other faction of the party in the state. Recent events has however shown that Engr. Seyi Makinde is seriously interested in the affairs of the party in Osun just as the Osun faction loyal to him is handsomely compensated in the scheme of things in the party.

For a careful political observer, the politics of who becomes the flag bearer of any political party lies majorly in the interest of the power brokers of the party at the helm of affairs nationally particularly when the party is divided into two reconcilable factions in the state.

Deji Adeleke (Billionaire and Leader of the Adeleke dynasty)

Since the creation of Osun in 1991, the quiet Ede-born billionaire has always shown interest in who becomes the Governor of the State, particularly his preference for his blood relation. The story of how he financed his brother, late Senator Isiaka Adetunji, during the third republic in 1992 was well documented by many sources.

As a result of the circumstances that surrounded his late brother’s death who was warming up for the 2018 governorship election in the State, Chairman as he is popularly called lobbied the Peoples Democratic Party to field his brother, Ademola Adeleke for the senatorial by-election. He later won with a wide margin against the candidate of the ruling party in the state, Senate Mudasiru Hussein of All Progressives Congress.

Having been out of power both at the federal and state level, Deji Adeleke capitalized on the PDP’s dire need of a financier, to take control of the party’s structure at the State level.

True to his wealth, the network of contacts among other important resources, Deji Adeleke, gave APC a good fight that almost cost the ruling party Osun in the keenly contested gubernatorial election. Immediately after the 2018 electoral exercise, The Adelekes publicly denounced the interest of the family in the politics of 2022 but many events afterward prove otherwise, the Ede born billionaire is not leaving any stone unturned to ensure that his brother, Ademola, remains in pole position for the party’s coveted gubernatorial ticket in the July election. 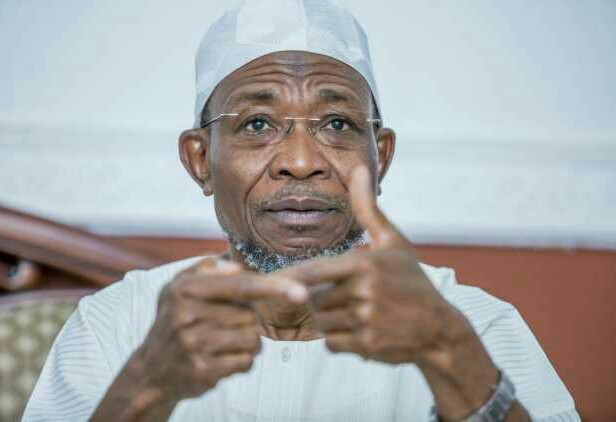 Ogbeni Rauf Aregbesola is another personality whose contribution to who emerges as the governor of Osun this year cannot be underestimated. Since 2004, he has been one of the few individuals who have dominated the political space of the state.

As the only two-term governor who also successfully installed a successor, his place is important in the scheme of things particularly in the fold of his party, the All Progressives Congress.

Rauf’s has a deep grassroot network in the state and has established himself to be a brand in the minds of the Osun people. While his administration has its shortcomings, he performed well in some other critical sectors of the economy, most notably Infrastructure.

Since the crisis of confidence between him and his successor, Gboyega Oyetola, and the eventual formation of a factional platform within the party, The Osun Progressives (TOP), which the interior minister has officially and publicly identified with, things are no longer the same in the ruling party.

Political observers until late last year believed that reconciliation within the ruling party could be achieved but recent events has shown that the two factions are way past reconciliation o’clock.

In 2021, both factions held their congresses from wards to local and state. While the national headquarters of the party has recognized the Gboyega Famodun faction of the party loyal to the Governor, the Rasaq Salinsile-led faction who are in court are basking in the euphoria of a recent court judgement affirming the Ibrahim Shekarau faction as the authentic exco in Kano, to anticipate victory.

As things stands, both factions will most likely conduct different gubernatorial primaries when the electoral umpire gives the go ahead, this implies that the primary election of the party might see two candidates emerge while the court will be left to decide who the authentic flag bearer of the party is.

From all indications, Aregbesola is a political wizard with several subtle moves at reconciling with many political friends and gladiators in the state who he offended through his relationship with Asiwaju Bola Ahmed Tinubu and during the event that led to the emergence of his successor in 2018. These moves would have serious implications on the prospect of the ruling party in this year’s guber election, if by accident, he decides to work for the incumbent governor, this would assist his reelection bid in no small measure, and if otherwise, it lowers the chances of Gboyega Oyetola getting re-elected as the Executive Governor of Osun State.